In their hearts, they know he sucks 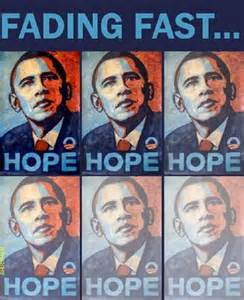 President Barack Obama’s approval rating dropped 8 percentage points over the past month to 45%, the president’s lowest rating in more than 18 months, according to a CNN/ORC International survey released on Monday.

And Obama’s disapproval rating soared 9 points to 54% since mid-May.

Even more surprising: The overall decline in his approval rating was partially fueled by a plunge in support from younger Americans, a huge base of Obama’s support.

Last month, nearly two-thirds of those in the 18-29 age group* gave the president a thumbs up. His approval rating among that bracket fell 17 points in Monday’s poll and now stands at 48%.

The CNN/ORC International survey was conducted last Tuesday through Thursday.